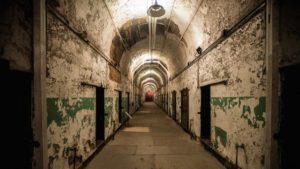 I have always looked for the most perfect truth. When I was a reporter, I wouldn’t allow anyone to twist the meaning of my stories in promotions, if I could control it. That’s why fiction has been so much fun! I can actually make up whatever I want, bring witty creatures to life and take my readers on a fantastic journey. But even in fiction, a writer must hold on to certain truths about relationships, nature and good vs evil.

So even though I now have license to create whatever characters and world I want, my moral compass still guides me to the TRUTH. Being a sci-fi fan, I look outside the box for hidden truths. Hidden realities are what my writing is all about, things I imagine could be cloaked by our manufactured world.

A strange thing is happening. The themes in Smiling Ghosts are about to be exposed as truth, not exactly as they are in the book, but disturbingly close. My book deals with masked intellectuals who have rewritten history to control humanity, tunnels where people are held in confinement with their minds controlled by machines and a deadly disease intentionally released to reduce the human population. Aliens are living among us.

I realize this has been the stuff of “conspiracy theories” (in reality, theories of TRUTH) for many years, but it’s being pushed to the surface along with hidden technologies. This has left me waiting for a conclusion. The truth seeker in me saw so much in common with my fantastical story and the truth that I couldn’t go forward with my make-believe because I was afraid my fantastic world would just seem WRONG.

But I realize that this TRUTH, when it comes, won’t be easily digestible for everyone. Some may even reject it entirely. So I am moving forward with the crazy reality that will be the Smiling Ghosts series. Perhaps it will be a fun alternative history, or a primer for those who are just getting used to the idea that the world is nothing like we thought it was.

I have been obsessed with the truth and I have found much proof that our world is not what we think. The story of history was indeed controlled and rewritten like in my book.  I’m going to share this with you as I continue with my writing.

Remember, don’t approach life from an overly humble point of view. You are a human! That’s a wonderful thing. You are amazing and I suspect we are capable of far more than we realize.  So smile and know you are a creative, smart and kind being! Anyone who tells you differently is not telling the truth.